I have finally finished another bra based on the "longline" bra found in Lengberg Castle in Austria.  This one includes the sprang insert, with flat fingerloop braids and needlelace.  My work is interpretive, since the original bra no longer has the sprang insert. 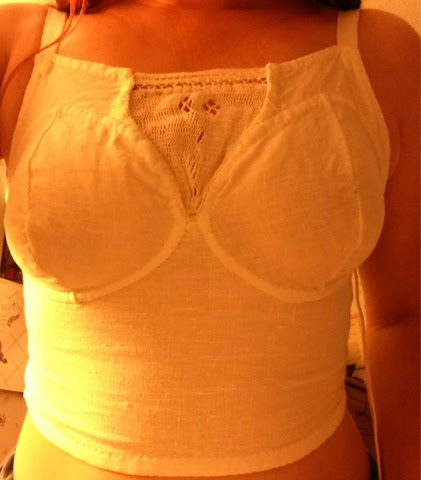 This bra is entirely handsewn using waxed linen thread. The body of the bra was made using a courser, thicker linen, with the cups being made using a somewhat finer linen, as the original was made. 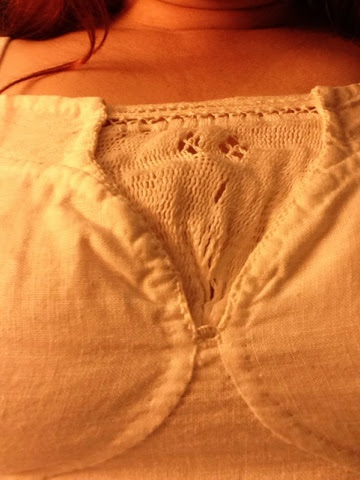 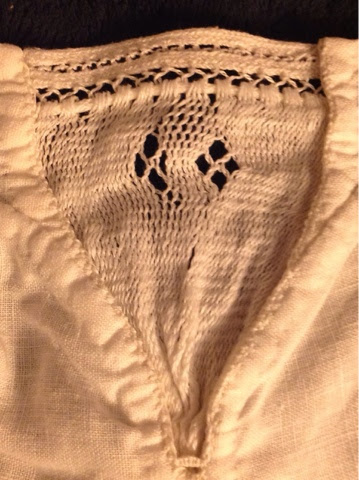 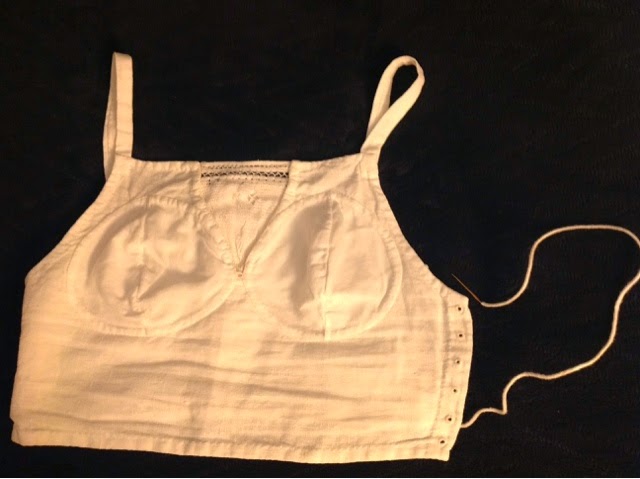 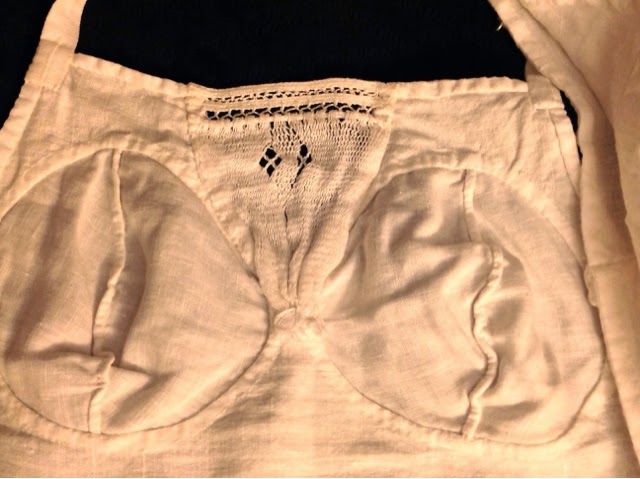 The inside of the bra. Notice the gathered sprang at the point. This was my best solution to the shape between the cups. 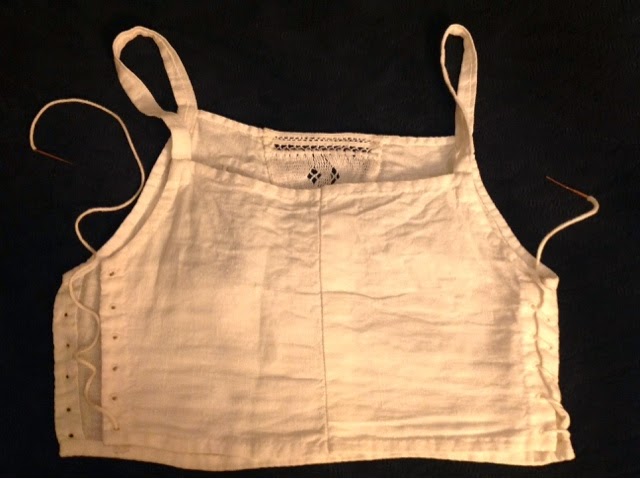 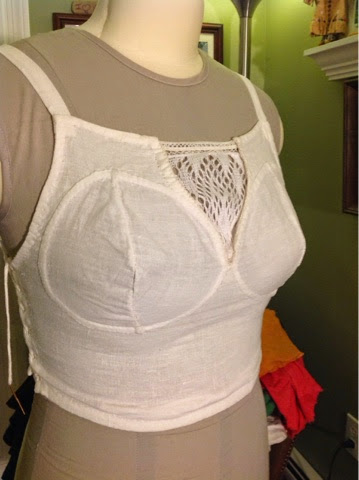 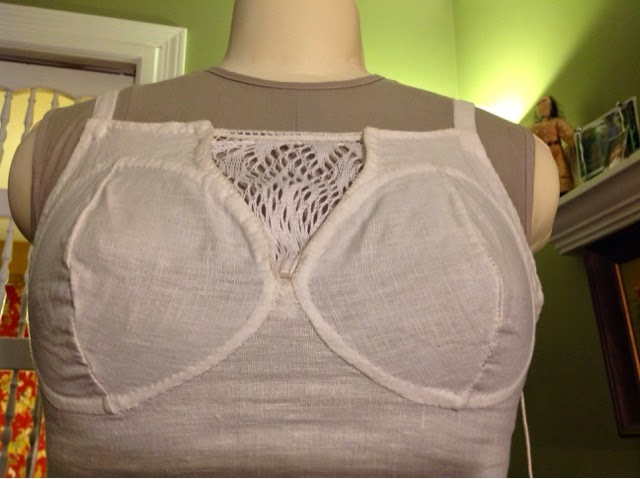 The sprang lies nicely and is prettier too.  The pattern is from the blog squirrel!http://www.exhaliastudios.com/squirrel/this-sprang-has-sprung/